The Haringey Climate Forum is delivering a programme for people in Haringey to mark COP26 and celebrate the diverse cultures within Haringey. The aim is to increase understanding across Haringey on how the pledges of the Countries of the world fall short of the levels needed to keep the world safe from climate damage. 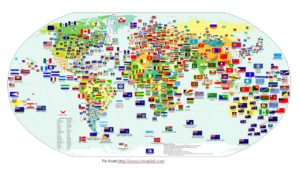 Pupils in schools, community groups and faith groups in Haringey may be wondering what they can do to get involved in the UKs COP. Very many people will have a link to one of the Countries who are attending COP26 and have the curiosity and skills to understand how a Country that they care about is responding to the climate emergency.

The red ‘Click if you would like to register‘ stripe below has a simple form to say how you would like to participate and the Following Steps to investigate a Country’s shortfalls has links to quickly find information about a Country – with the UK as an example. There are also links to google folders to store documents per Country and a space to collect up any letters that you might decide to write to COP26 delegates. There will be award certificates in different categories for inspiring work.

The work can also be taken along to the “Haringey Climate Festival” on the first day of COP26 (31st Oct) that we are organising at Finsbury Park. Visitors to that will be able to mingle, view posters and talk about the cultures of Countries and why they have not yet stepped up sufficiently to protect our World. We hope there will be flags and national costumes and speakers talking about the importance of this COP and a presentation ceremony. Click here for details.

Entries are expected to be age, curriculum and time constraint appropriate. Schools could create an in-school COP event and/or take part in the festival. For example in-school activities could include very young children colouring a flag or display a costume or national dish, whilst older students could explore historical causes of climate breakdown and write open letters to COP delegates and Prime Ministers giving their opinions. The intention is to be uplifting and positive and to demystify ‘COP’ for Haringey people

The UK as an example 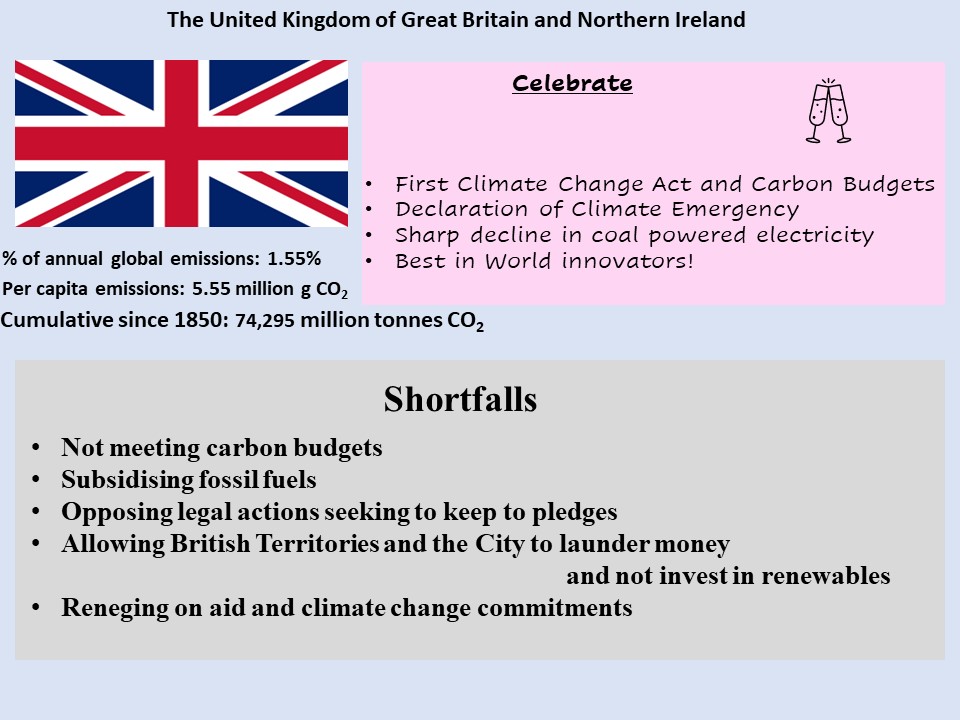 << An example placard to Celebrate a country and understand the shortfalls

The annual CO2 emissions are from Carbon Action Tracker.

The Per Capita emissions are from Worldometer.

The historical emissions for the ‘top 10’ are from Carbon Brief.