Traffic calming measures have been around for a few years now but the Covid crisis has given the concept an extra stimulus with the acknowledged need to promote active travel. In May new money was allocated by government for emergency walking and cycling schemes and in July they launched the active travel programme which included funding for low traffic neighbourhoods (LTNs). The Department for Transport says they want to see more road space given to people cycling or walking. TfL have set up their Streetspace scheme to award money to local authorities to set up schemes. They say LTNs offer a cost-effective way of delivering safe and attractive streets for walking and cycling by preventing through-traffic from using residential neighbourhoods to avoid main roads – rat running – while retaining local access for residents and visitors.

In their Walking and Cycling Action Plan1 Haringey council points out that LTNs are introduced to support walking and cycling. The council has won bids for three LTNs under the Streetspace scheme in Bruce Grove, in St. Ann’s/Green Lanes and Bounds Green. The initial tranche of money is for community engagement and design.

Low traffic neighbourhoods are groups of residential streets, bordered by main or ‘distributor’ roads (the places where buses, lorries, non-local traffic should be), where through motor vehicle traffic is discouraged or removed by judicious use of planters or other barriers. With through-traffic gone, the streets in a low traffic neighbourhood see reductions in motor traffic levels and often speeds too. Noise and danger are removed or drastically reduced, air quality improves, children can be allowed out to play, there is more opportunity for neighbours to meet and to get to know each other. There is no reduction in car parking spaces and no roads are made inaccessible to motor traffic but car users are likely to have to make slightly more circuitous journeys to avoid barriers.

Because residents and businesses are so used to accessing their house or business by the most direct route they often oppose LTNs which result in slight inconvenience. That is not to say that the advantages in terms of reductions in traffic and speed, noise and safety are not very real.

Many people quite understandably fear that these measures might cause problems although surveys have consistently shown that a majority of people support street calming schemes2. Nationally objections have come from such organisations as the Alliance of British Drivers and the Road Haulage Association. Locally motorists are worried that having to take a longer way round will increase their journey time and local traders fear loss of passing trade. Objectors often refer to difficulties for disabled drivers, ambulances and delivery vehicles. It is true that access for vehicles is more difficult but this should not add more than a minute or two to journeys. Many surveys have shown that in most cases, far from losing trade, footfall increases as people are attracted to a more peaceful street on foot3.

A more serious objection is that LTNs displace traffic onto the distributor roads delaying buses and making like more difficult for people who live on them and that this results in furthering the divide between rich and poor because it benefits the rich who live in the calmed residential streets at the expenses of poorer people who tend to live on the distributor roads.

But, LTNs really can reduce car use

Although this can sometimes happen, and this could be a good reason for withdrawing or modifying the LTN, studies have shown that this is not normal, that distributor roads are no busier than before and that a lot of the traffic ‘evaporates’ over time. Sometimes this is because drivers, finding their route extra busy, find alternative routes or even decide to give up on driving and use public transport or take up cycling instead. It is also the case that residents within the LTNs are more likely to give up using their cars for short journeys and walk or cycle instead.

LTNs can divide opinions. LTNs designed and implemented properly, and over time, have the best chances of success. Piecemeal and isolated LTNs can cause spill over congestion in the short term, which is a common cause for concerns to LTNs. However, whilst it can take time for traffic patterns to change as a result of the LTN, vehicle evaporation does occur

Whatever the methods used there is an urgent need to reduce the number of vehicles on our streets in order to deal with immediate issues of air quality, danger and congestion. The establishment of low traffic neighbourhoods is one way of resolving some of these problems. 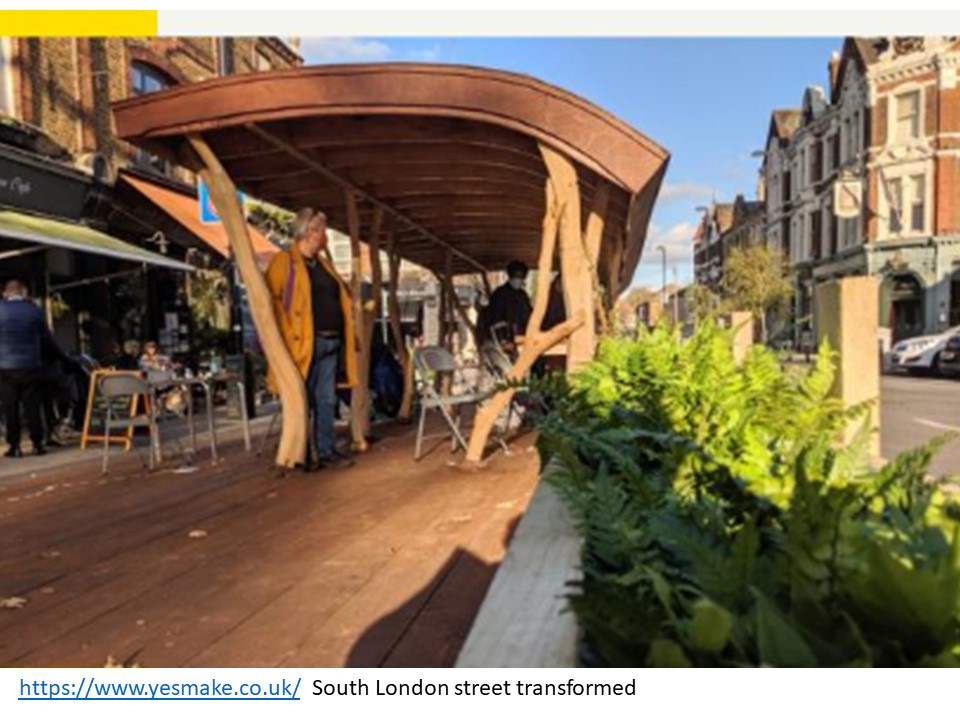