Pension funds have invested £billions in fossil fuel companies for many years, but over the last 5 years a world-wide divestment campaign has persuaded many institutions to shift away from these immoral – and risky – investments.

The divestment campaign kicked off in 2015 and Haringey’s Pensions Committee made its first divestment commitment in 2016. We have kept up the pressure and the fund has continued to steadily move its holdings from fossil fuels – and has also started investing in renewable energy.

Less than 1% of Haringey’s £1.5billion+ pensions funds are now invested in fossil fuel industries (about £15million). That’s still £15million too much – but in March 2020 they also agreed to move most of their remaining shareholdings into a more ethical fund which will continue to reduce exposure to fossil fuels by 7% a year so we should see that £15m diminish..

Plus, £100m is being invested in renewable energy, more than six times the amount held in fossil fuels.

In summer 2015, divesting pension funds from fossil fuel investments hit the headlines with Archbishop Desmond Tutu and others endorsing it and students across the world demanding their universities did it. In Haringey Friends of the Earth groups, Sustainable Haringey and Muswell Hill Sustainability Group came together to launch a petition calling on Haringey to divest, and we got both our MPs to sign it at a climate lobby of Parliament in June.

At the same time we started lobbying councillors on the Pension Committee. After much work, gathering signatures at stalls, farmers’ markets and other events, we had over 2,200 names – enough to trigger a Full Council debate. The Committee responded by asking external experts to advise and carry out training for its members on the issue.

In January 2016 the committee agreed its first step – to move 33% of its equity funds into a Low Carbon Index fund which invests less in fossil fuel industries. This was the first major move by a local authority so it won much good publicity.

We presented the petition to the Council meeting in March that year and won further commitments to continue divesting. In March 2017 the Committee agreed to up its low-carbon allocation to 50%, and to ringfence £17million to invest in wind farms.

We continued to lobby and in 2020 the committee pledged to move its Developing Markets funds into a lower carbon fund.

Of course we want to see all investments moved from fossil fuel companies, and more invested in green technology and socially useful activity. So the discussions will continue.

Map of Local Authorities with their fossil fuel exposures. 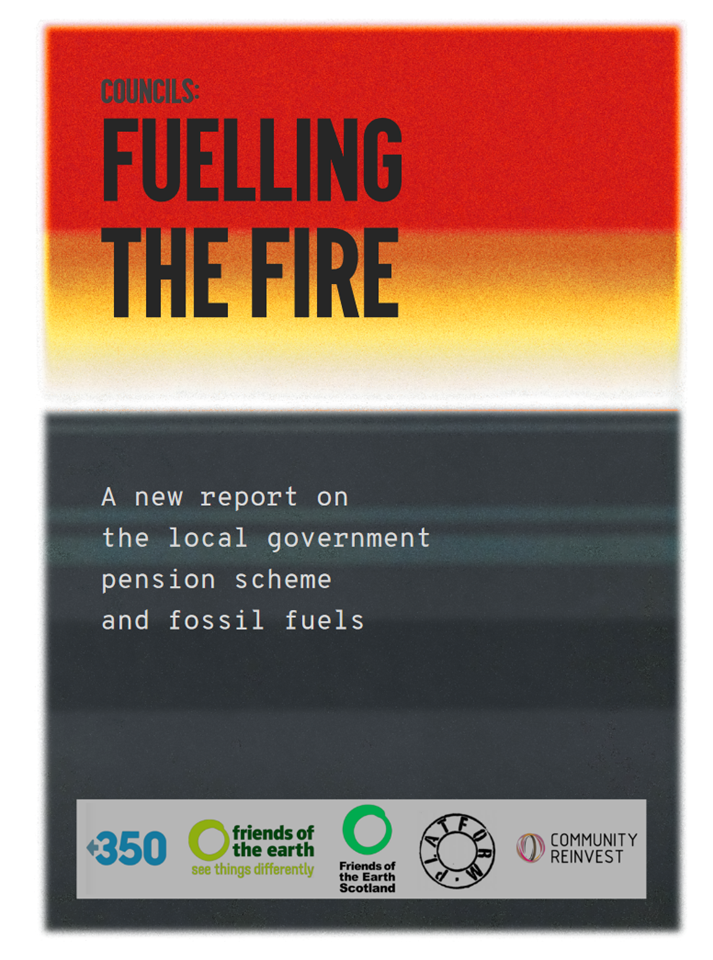