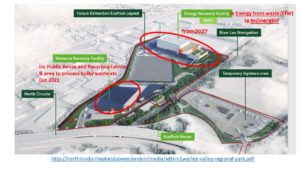 Further information per point and the risks of the assumptions (these should be clearly stated in the Risk Assessments).

However, the IPCC also specifies that: ‘The approach of not including [biogenic] emissions in the Energy Sector total should not be interpreted as a conclusion about the sustainability or carbon neutrality of bioenergy’ (Q2-10). Moreover, sending 1 tonne of organic waste to incineration emits up to 50% more CO2e than sending it to anaerobic digestion (p. 12).
The emissions to be accounted for Nationally under other non energy categories are those prior to the disposal stage, including the growth stage (negative sequestration), transportation, packaging and collection stage. However emissions from biodegradables during the disposal stage do still emit carbon – high for incineration for electricity and heat but low for anaerobic digestion. Therefore emissions from food and garden waste must not be ignored. RISK: Discounting the biogenic emissions of energy-from-waste incineration allows erroneous calculations to be made in comparing anaerobic digestion against landfill against incineration causing excessive damage to our planet.