Planes and Boats and Trains 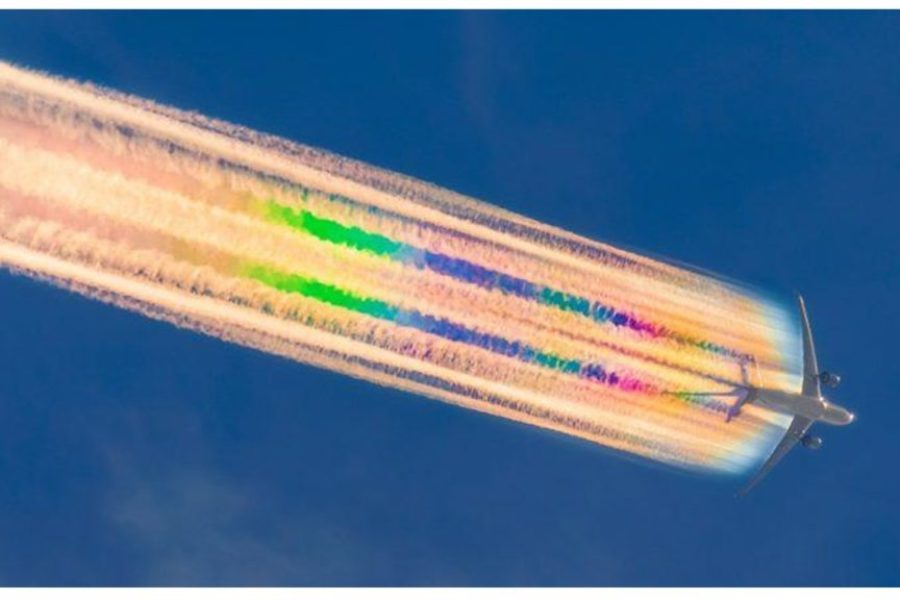 FLYING IS MUCH CHEAPER PER km THAN TRAINS

BOATS ARE ALLOWED TO POLLUTE AIR, SEA AND WATERWAYS

Haringey Council’s proposed actions are in the ‘pink stripe’ below

The cabinet member in Haringey responsible for the Councils staff’s own travel emissions is Cllr Julie Davies at julie.davies@haringey.gov.uk.

The cabinet member in Haringey responsible for  Air Quality is Cllr Mike Hakata at mike.hakata@haringey.gov.uk

The Aviation Environment Federation (AEF) says “Aviation emits approximately 2% of the world’s carbon emissions, but accounts for nearly 5% of the global warming caused by human activity because of the sector’s additional climate impacts from contrails and NOx emissions.” And Carbon Brief explained that, as other sectors decarbonise, aviation will have consumed 12% to 27% of the global carbon budget for 1.5C by 2050,

The Guardian revealed in Feb 2021 that planes sold in the last two years will emit 1bn tonnes of CO2 over their lifetime. 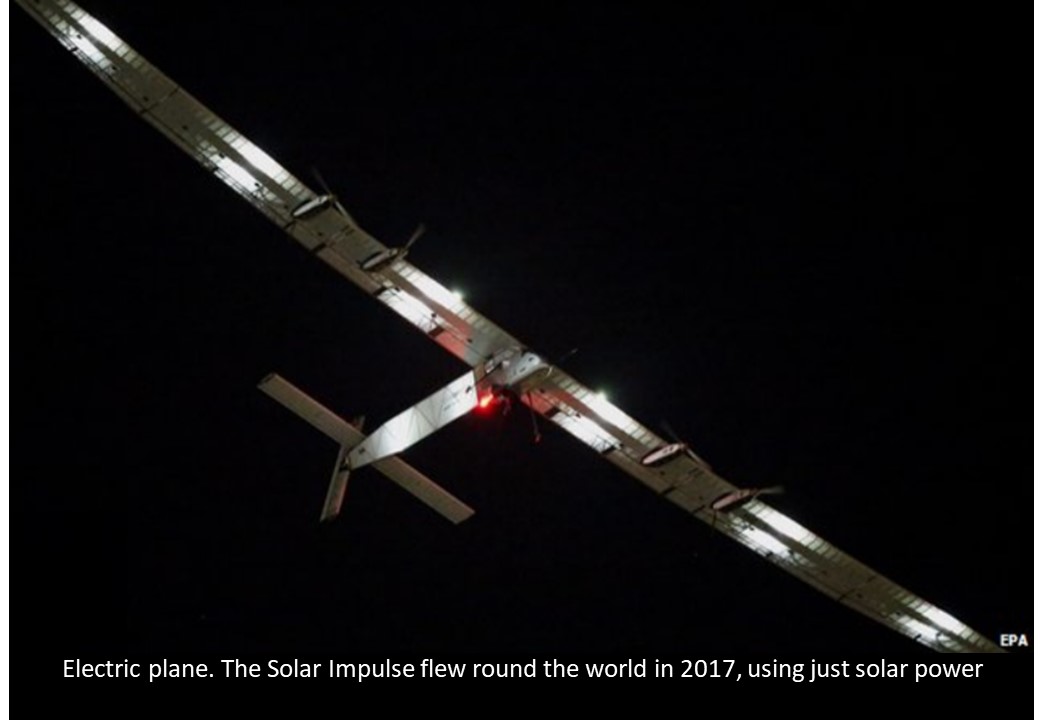 The BBC reported on airlines’ poor offers of offsetting.

My Climate has calculate and offset facilities for flying, driving, cruising, events and others.

How many people fly? 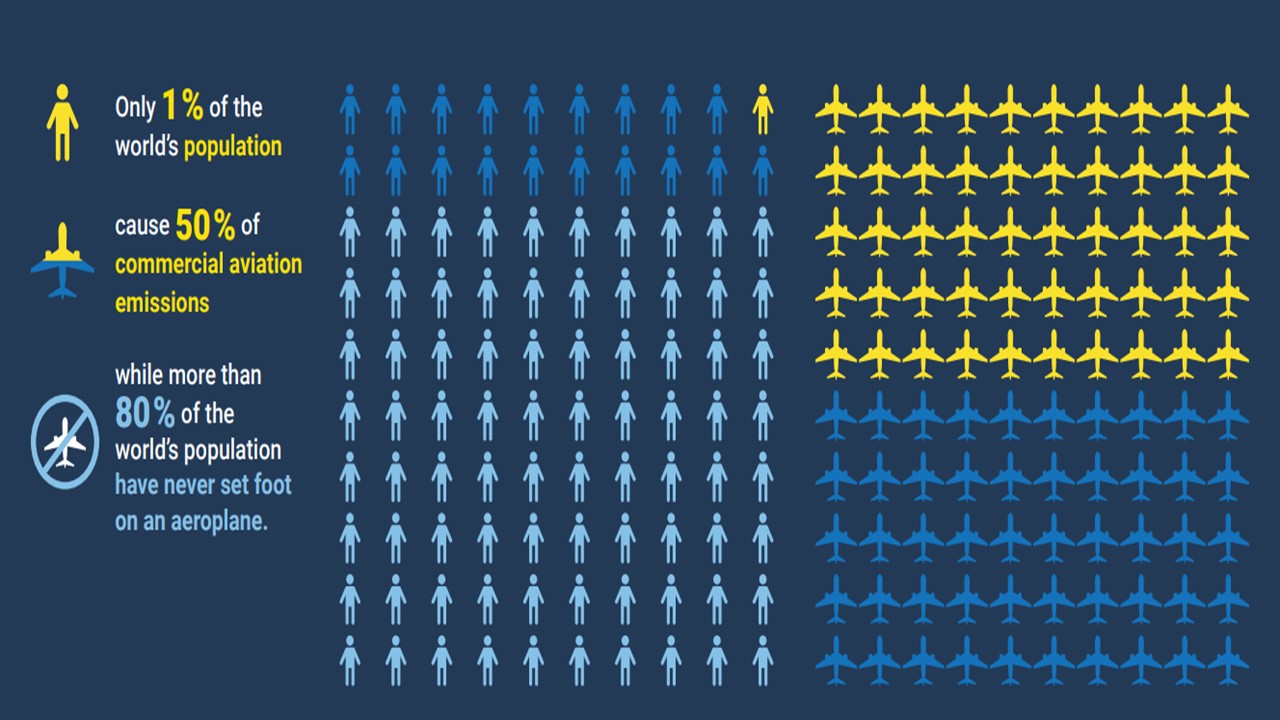 80% of people have never been on an aeroplane

Stay Grounded  asserts that half of aviation emissions is caused by frequent flyers who represent just 1 % of the world’s population. Meanwhile, more than 80% of people have never been on an aeroplane.

The CCC’s growth of 25% by 2050 will happen as more people become prosperous and aviation continues with an easy tax regime.

The whole range of shipping covers both pleasure and freight vessels, coastal boats around countries, waterway traffic and international shipping. Shipping can’t be considered as ‘Think Global, Act Local’ because people in Haringey are often tourists using boats all over the world. Even those who stay at home have to buy goods and fuel shipped in from around the world, emitting CO2 and polluting the space around them.

In the UK The Committee on Climate Change Sector Summary for Shipping reported on shipping emissions accounted for as ‘UK’ as “3% of UK GHG emissions in 2018 and were 21% below 1990 levels.” Because Shipping sector emissions are determined by UK maritime fuel bunker sales this will exclude fuel sales made in countries with cheaper fuel prices, yet servicing the UK’s freight demands.

The CCC is concerned about the ambition of the IMO and ICAO “neither [inc ICAO] organisation has both established ambitious 2050 global goals and a set of policies to meet these goals.” The policy gaps are addressed by the CCC  policy recommendations opposite. 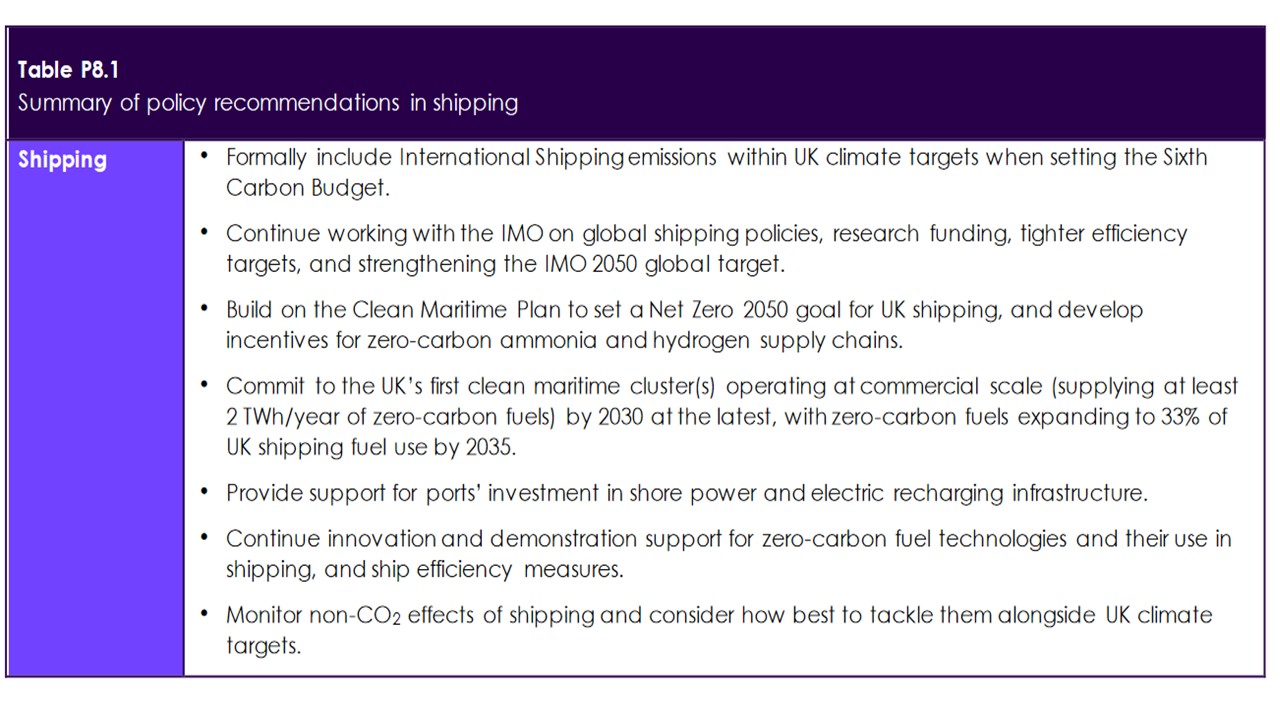 According to the International Chamber of Shipping (ICO) article in Nov 2020 “The UN International Maritime Organization (IMO) has given initial consideration to an innovative proposal from the global shipping industry to collectively provide USD 5 billion to accelerate R&D to support its decarbonisation.“

The Fourth IMO GHG Study 2020 “estimated that total shipping emitted 1,056 million tonnes of CO2 in 2018, accounting for about 2.89% of the total global anthropogenic CO2 emissions for that year”

(note that CO2 equivalent emissions for shipping are calculated in g/kg of fuel rather than g/km.)

So many consumer goods are shipped across the World.  Following the Reduce, Recycle, Reuse mantra would be a contribution.

Another way to contribute would be to actively work to increase UK decarbonisation projects – lobby for low carbon solutions and volunteers at a green group.

Nabu’s analysis of 2020 says that: One cruise ships emits as many air pollutants as millions of cars” 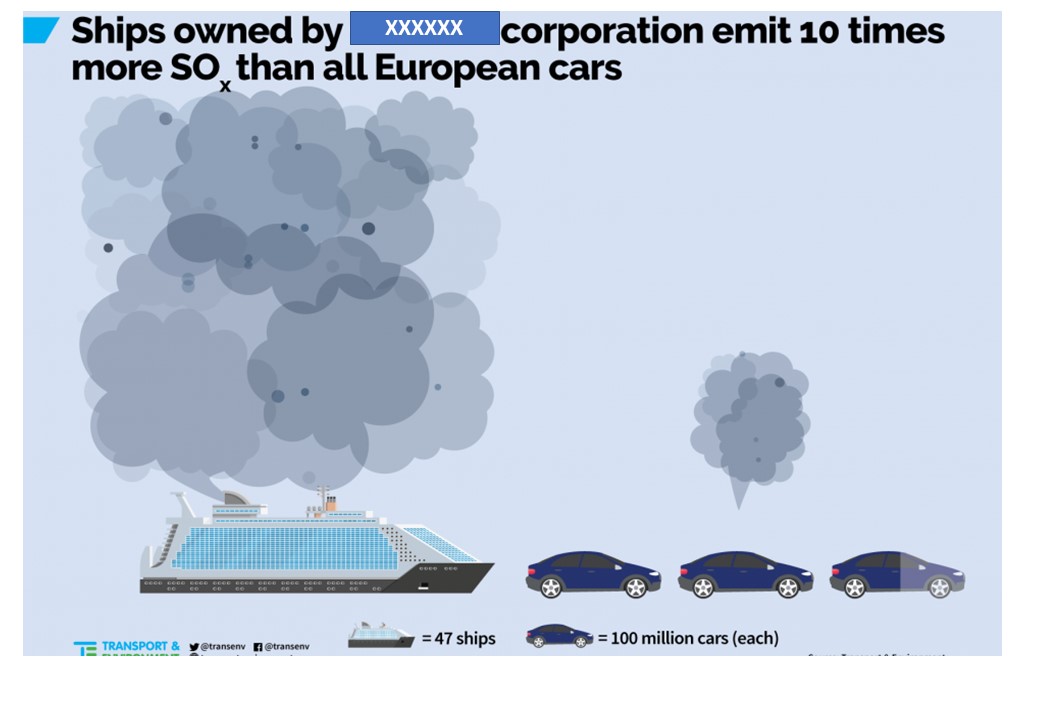 My Climate has a ‘calculate and offset’ facilities are here that includes cruising. However the pollution in the air for cruise passengers and for people near the terminals are still fearful.

The answer should be to delay cruising until clean vessels become available.

To have any chance of reaching the IMOs targets of reducing GHG emissions from shipping by at least 50% by 2050 compared to 2008 levels and phasing them out by 2099 the technical solutions need to be credible as soon as possible. Although oceans were ‘sailed’ for centuries at the mercy of the winds todays supertankers are spewing out greenhouse gas emissions and toxic pollution with little alternative. The gallery below shows some of the latest low carbon designs:

• The Windship is the only viable and economical emission project for ocean going bulk carriers and oil tankers which claims  to be the ‘Tesla of the Seas’ .  It incorporates large solar arrays, carbon capture, optimised hull shapes and specialised weather routing software.”
• The Malizia II  that took Greta Thunberg to New York in Autumn 2019
• Silent Yachts build luxury yachts that will cruise for thousands of miles using solar power exclusively and avoids the “the fumes, constant noise and vibration” from generators
• The Sun 21 crossed the atlantic ocean from Las Palmas, Gran Canaria to Le Marin, Martinique in February 2007, according to Treehugger.   The boat  is equipped with solar modules, batteries and motors allowing a constant speed of 5-6 knots (10-12 km/h) 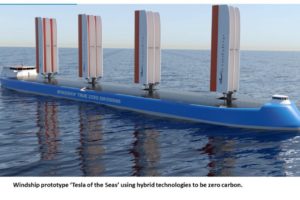 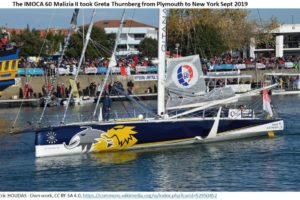 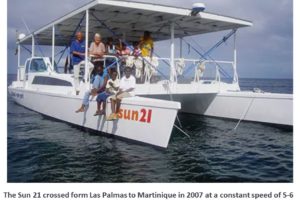 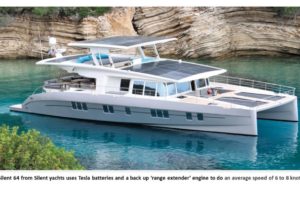 Emissions are derived from the amount of fuel consumed (Equation 1) and fuel-based emission factors in g/kg fuel appropriate for the type of fuel and engine type. (p20) 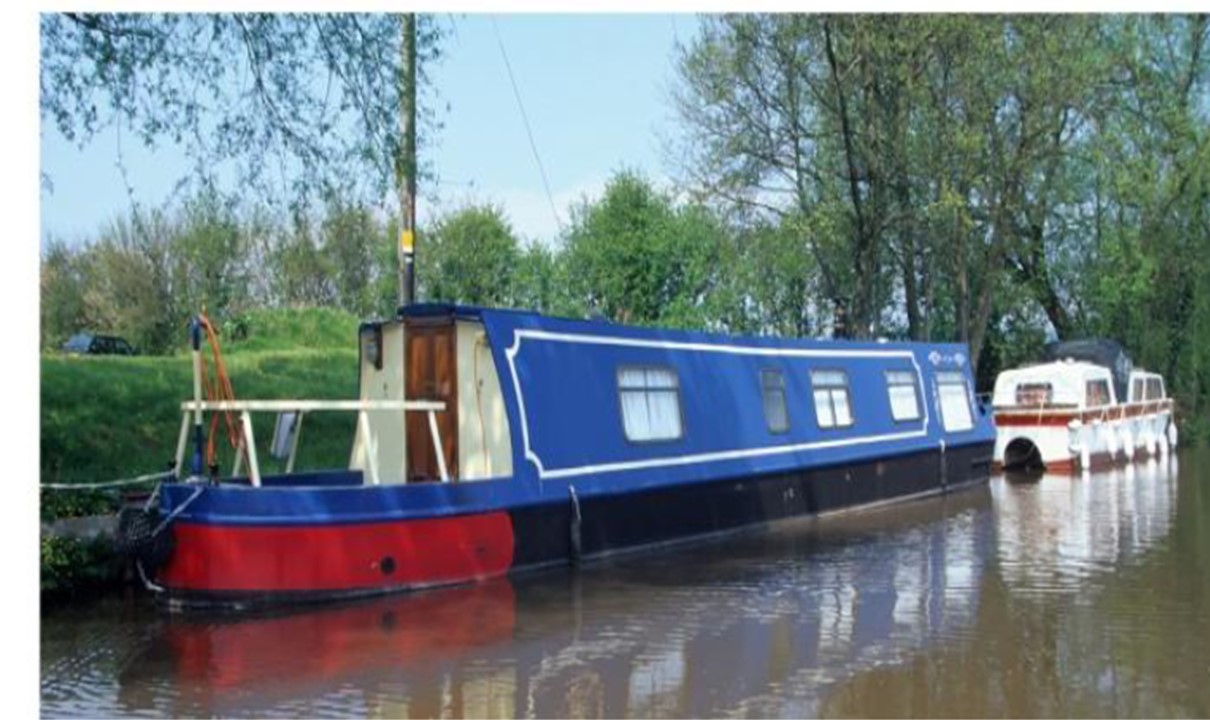 There are plenty of examples of clean power for boats on our waterways, from electric propulsion to solar power. The examples in the gallery below are:
• The Serpentine Solar Shuttle from the Diana, Princess Of Wales Memorial Fountain to the new Boat House on the South side.
• The Ra at Whitlingham Norfolk Broads
• Canal boats refitted by the Fit Out Pontoon adapts narrow boats to electric, with hybrid back up that incorporate solar panels and allows shore power rather than using diesel, with its pollutants when moored.
• Conversely the narrow craft on the Tonle Sap lake in Cambodia spews out pollution and carbon emissions whilst disturbing a place of beauty and harming the biodiversity. 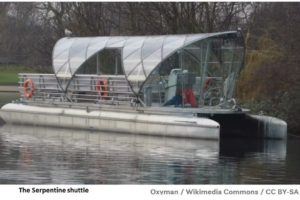 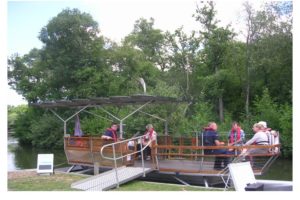 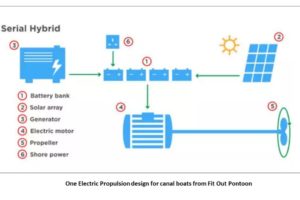 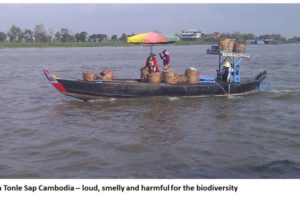 In Denmark, the Ellen, supported by the EU, launched in 2019 as the world’s most powerful all-electric ferry.  As well as the advantages listed above, passengers appreciate the quiet sailing and the absence of diesel exhaust fumes on deck. 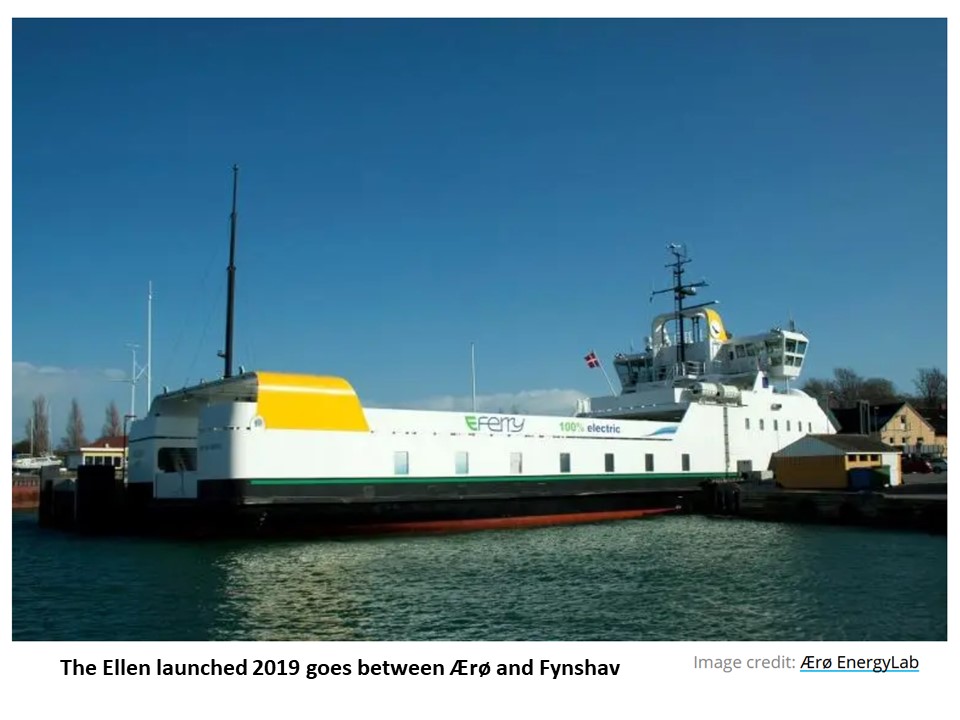 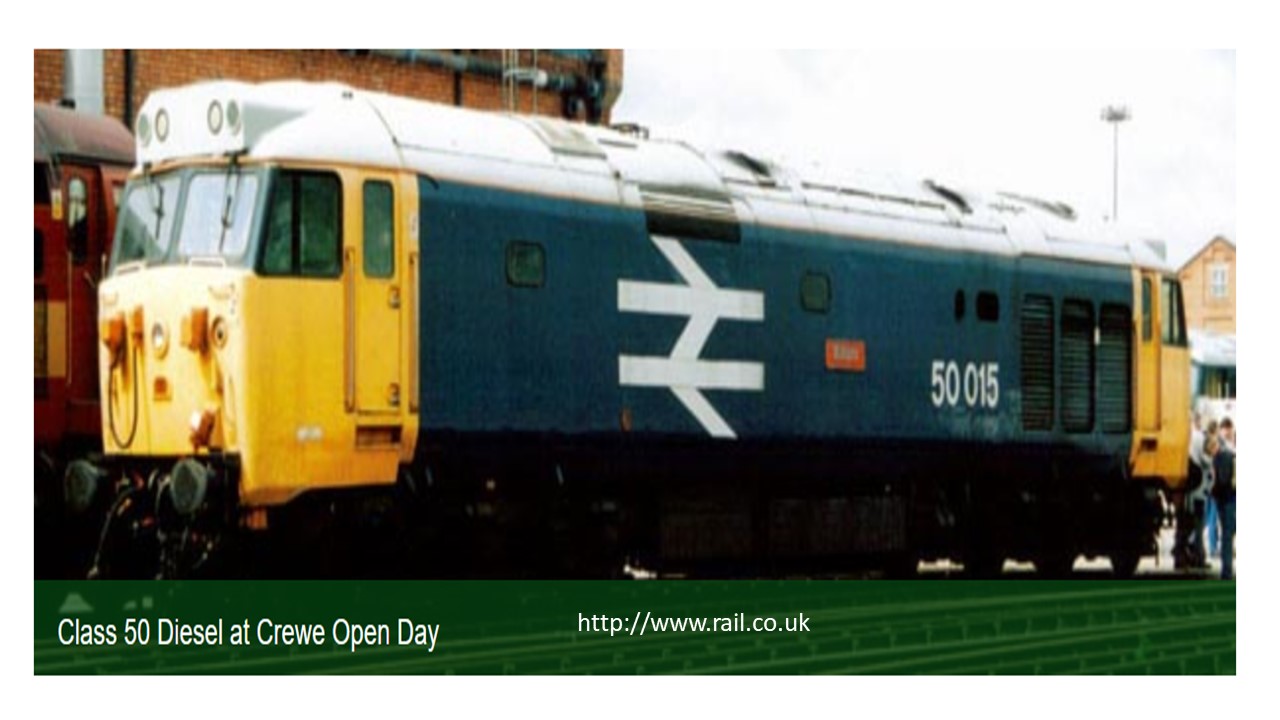 Trips on trains cost much more than internal or short haul flights, despite incurring half the g/km of CO2 equivalent because of the favourable zero tax on aviation fuel.

Trips on electric trains emit even less CO2 than trips on diesel trains (as well as less air pollution). But perversely, according to The Friends of the Earth in March 2019 in Opportunity Costs of HS2 the four priorities for the Transport Infrastructure strategy do not include the cost of Climate Change.

HS2 versus Alternatives – costs and emissions

Much of the controversy about HS2 is the cost relative to emissions saved for HS2 compared with spending on alternative rail programmes, with much of the media coverage focussing on protestors who do not want ancient trees destroyed needlessly.

Lord Berkley published A Review of High Speed 2 Dissenting Report HS2 in Jan 2020 when his views were sidelined as part of the Oakervee report on proceeding with HS2.

The aim must be to give these areas the same standard of commuting services as there is in the South East whilst, at the same time, improving the existing lines from London northwards.

Emission factors. HS2 claims it can achieve 8g of carbon emissions per person per km, the same journey by car would generate 67g of emissions – and by plane, 170g. according to The Guardian Feb 2020 However this excludes the massive ‘embedded carbon’ arising from the construction. The Guardian says that “HS2’s construction requires vast quantities of concrete and steel, as well as diesel-powered machines moving millions of tonnes of earth.”

According to HS2’s own forecasts, even over 120 years, its overall construction and operation cause carbon emissions of 1.49m tonnes of carbon dioxide equivalent – arguable as to whether that compensates for savings from road journeys. 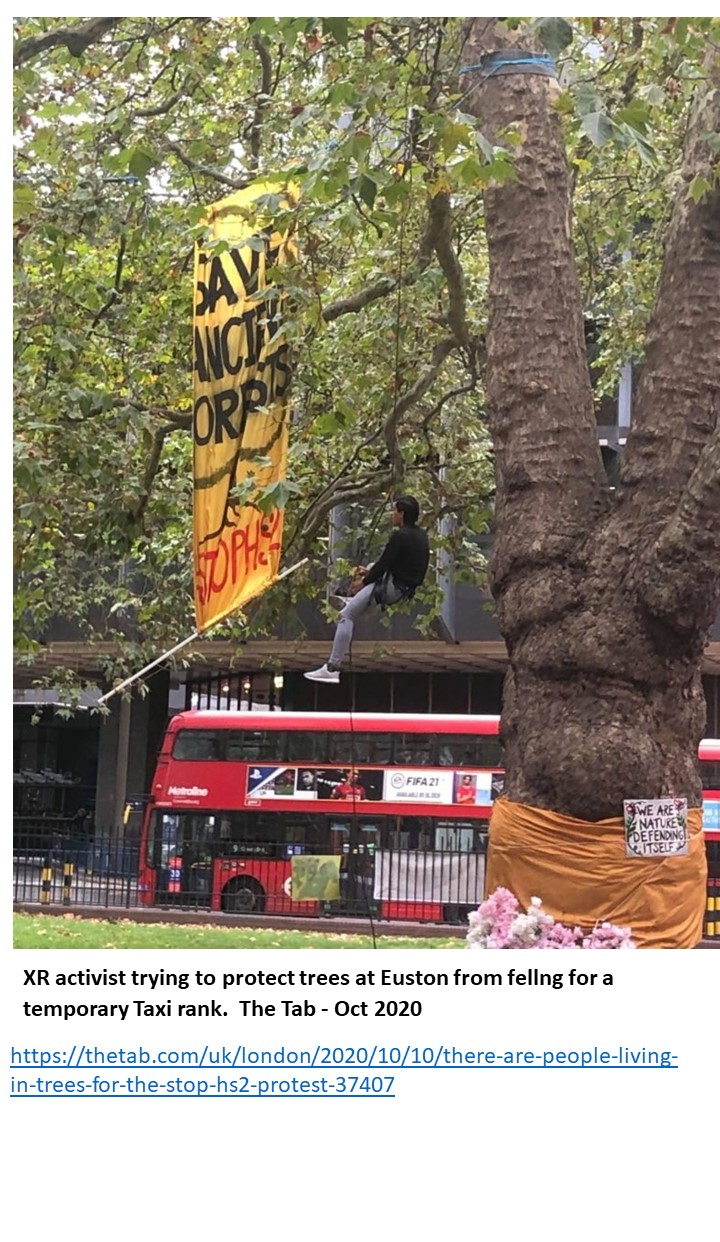 Cost factors – The Friends of the Earth in March 2019 published Opportunity Costs of HS2 pointing out that the four priorities for the Transport Infrastructure strategy that guides the Department for Transport’s spending decisions does not include Climate Change.  They commissioned the New Economics Foundation to write Austerity by Stealth that suggests an alternative package.

It argues for £70-90 billion for a 10 year programme for wider improvements for the railways, which is less than the official cost of HS2 and other improvements that Network Rail has been promised. And the report by Lord Berkley said that improving the lines northward “would save around £50bn.” He also deplored the powerful influence of the Treasury in the decision.

As well as investing in electrification of more tracks journeys will be decarbonised further as their electricity comes from more renewable sources. Network Rail is already the single biggest user of electricity in the UK according to Riding Sunbeams hence the urgency to use low carbon electricity.

Carbon intensity for a more electric railway The IEA, reported by Carbon Brief shows the carbon emissions from the 60% of the rail network using diesel power. If the CCC recommendations to remove diesel from passenger category A routes by 2035 and reduce diesel freight to 12% by 2050 the carbon intensity of the source of electricity must become low. The reason why Eurostar has an emission figure of 6g/km compared with 41g/km for UK train journeys can be seen below, as the fuel source will be gas and nuclear rather than diesel. Powering from renewables is as negligible as from Nuclear. 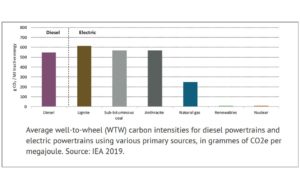 Riding Sunbeams was been awarded £2,527,500 from the South East Local Enterprise Partnership’s (SELEP) Getting Building Fund in November 2020. The intention is for solar farms to be installed next to the train tracks – on train sheds, nearby fields and industrial buildings. This will be paid for by community members investing in their local schemes and will power the railway directly to provide traction power for the trains. The research found that solar traction power could provide at least one tenth of the energy needed to power trains on the UK’s dc electrified routes every year. 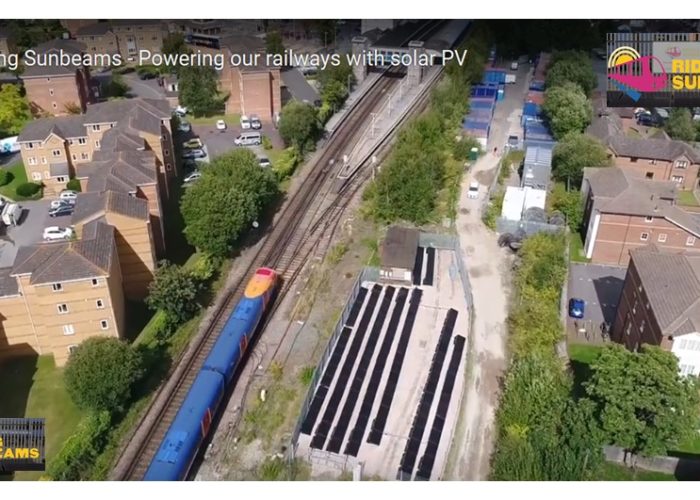